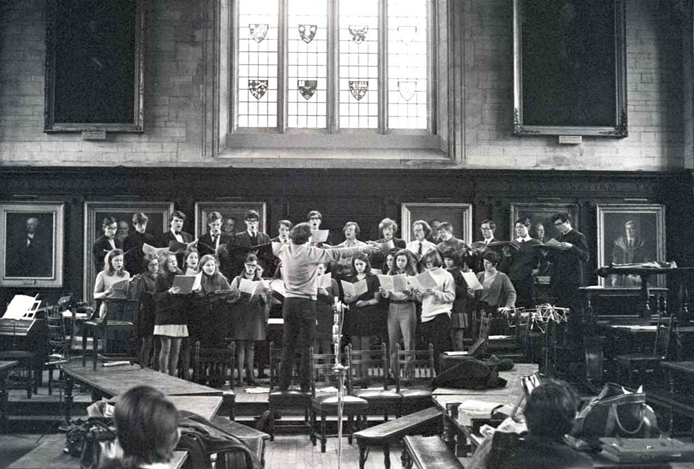 Classic Blumlein technique… a pair of Reslo microphones at the rehearsal of a concert by the Schola Cantorum of Oxford in Balliol College Hall. We used laboratory clamps to hold the microphones in the correct position (March 1969). [Recordings: Madrigals by Thomas Weelkes, C236/58-60; Weelkes, and songs from the Court of Henry VIII, C236/119] 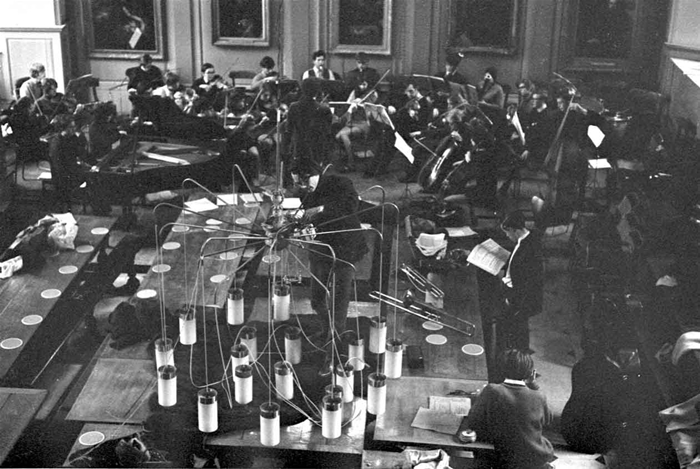 Sometimes we couldn’t put the microphone stand on the floor, so had to improvise. At Trinity College Hall, the microphones are fixed to a chandelier….(February 1969) 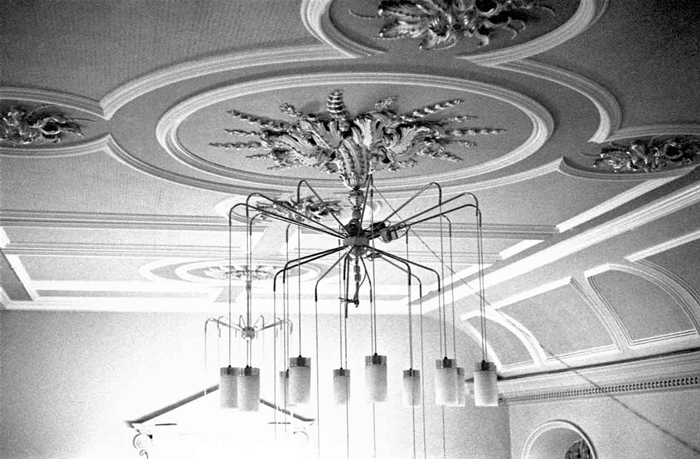 …which is then raised to the ceiling. The Reslos are visible below the central boss of the chandelier.

The Reslos are equally at home in the Museum of Modern Art for a jazz gig (February 1970).